Get the softcover edition here.

Get the digital edition here.

Nasreddin Hoca, the eight-centuries-old “wise fool” character originating from Turkey and the Levant, is the subject of thousands of funny, wise tales, jokes, and anecdotes told across the Middle and Far East, and retold today around the world.
Extensively researched and carefully chosen from beloved authentic sources by an award-winning author, these pithy stories and folk tales are certain to bring readers a smile, nod, or chuckle of self-recognition on every page.
More than one hundred of Nasreddin Hoca’s most endearing, enduring stories, gathered and retold here by an award-winning author, will amuse, illuminate, and captivate readers of all ages with Hoca’s ageless, unique humour and universal humanity.

From the Introduction to 100+ Favourite Tales of Nasreddin Hoca

Eight hundred years ago, somewhere in the Levant between Europe and Asia, the famous old wise fool Nasreddin Hoca was but a silly young boy, with hardly more common sense than a piece of paper.
Instead of staying still and paying attention in school, Nasreddin played the fool, constantly distracting his pals with antics, jokes, and stories.
Once, when young Nasreddin was acting particularly troublesome in class, his irate teacher cursed him: “From now on, whatever you do or say, people shall only laugh and laugh at you.”
And so, even today, people everywhere are still laughing at Nasreddin Hoca, one of the world’s funniest and most beloved folk characters.

One fine morning, Nasreddin went to Lake Akşehir with a bowlful of cultured yogurt and a long wooden spoon. He squatted at the water’s edge and began ladling yogurt into the lake.
His pal Hussein saw him and asked, “What are you trying to do there, Nasreddin.”
He continued carefully spooning yogurt and replied, “I’m adding starter to the lake in order to turn it into yogurt.”
Hussein asked, “You can do that with milk, stupid, but not with water. Are you serious? Do you really believe you can turn the lake into yogurt?”
“I know I can’t. I know it won’t,” said Nasreddin. “But just imagine — what if I could, and what if it did?” 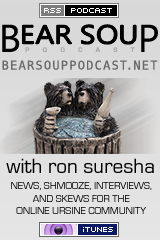